Aizenay’s Forest is classified as ZNIEFF (natural zone of ecological, faunal and floral value). With its 450 hectares, it is one of the most important forest of the Vendée.

Its streams, ponds, heather moorlands, oak stands and damp clearings offer numerous shelters and food to different animal species.
There you will come across nesting birds :

The main tree species of the forest are :

Some reforestation is carried out.

The terminals numbered in green correspond to the forest plot. The department of Vendée uses them.

On the edge of the forest, a strange installation is to be discovered. It traces the story of the crew of an American bomber crashed in the forest.

The crew members jumped with or without parachute to escape fire. Some were taken prisoner by German soldiers, others were saved by resistance movements.

50 years later, a book about this event was published « Il s’appelait Big Red » (Its name was Big Red). In July 1995, the « Sentier du Souvenir » was inaugurated at the place of the crash. 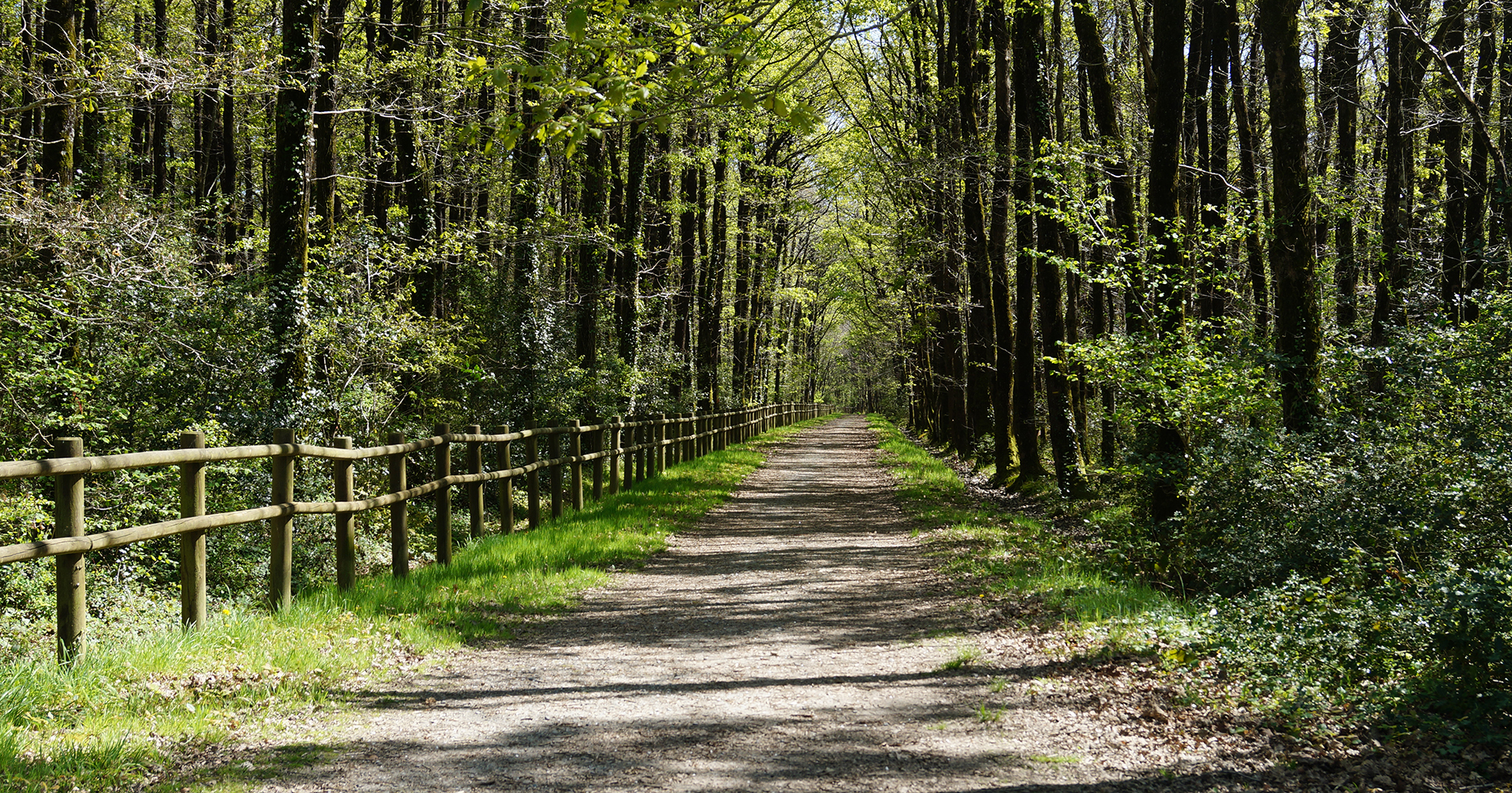 From 2021, the signage for other trails will be reviewed :